The 23rd December rolls round again. I’ve often wondered if I’ll ever forget how many years it’s been but then I don’t think I ever will. For one thing, it’s so intertwined with my wedding anniversary that if I forget one, I’ll forget the other, which is quite unlikely. It feels the same as it always does at this time of year: hard. If anything, it feels harder this time around because I’ve navigated through one of the hardest years of my life (well, after 2010 & 2011 I guess. Actually, that doesn’t feel true. I can’t think of a year that hasn’t been hard in some way. This one just seems to have been one of the more difficult ones I’ve had to endure). We are soon into our tenth year without her now. The tenth 23rd of December.

I had such high hopes and exciting plans for 2018 and so in some ways I will be glad to see the back of the year and start a fresh one. But I remember all too well the positivity I felt at the end of January and the subsequent decline from about March onwards as life dealt us some nasty blows. I feel like I can’t even say my mum’s old adage of “nobody died!” to get me through because, to me, in one way they did.

Every time I grieve another loss, it brings back my other grief to the surface, re-opens my invisible wound and pokes around it a bit more for good measure. It can make understanding my own thoughts and feelings all the more difficult, with me often wondering who or what the tears I’m crying are for exactly. All of this and a whole host of health problems and investigations has made for a difficult year indeed.

It wasn’t all bad. I have some great memories from this year. I did RED January, went to Iceland, London, camping, Berlin, got a 10k PB, joined a running club, made some good friends, did a show, got offered a job, made and ate a lot of cake, did the 42 mile Lyke Wake Walk with my dad (and said ‘never again’ but have already said I will!), and a load more besides.

I also got a new nephew (Little LoveJoinMe 5, baby LJM, finally a little ginger one to add to our collection!). And best of all (newest nephew aside) is that RAK #48 was achieved and Grandad got his well-deserved Queen’s Honour. He still remains my hero. My grandma is unwell at the moment and has been for much of this year. He remains by her side, faithful as ever. Who knows what the new year will hold for them both. But I know that Grandad is strong and stubborn and loyal. He will be with her no matter what.

One resolution I made to myself last year was to stand up for myself and put my family first. In 2018 I did just that. I spoke my mind and vowed not to put up with others’ crap. The latter two have become my life aims now! It is hard as, at times, people see this as unkindness despite the fact I’m always kind first and foremost. But that doesn’t mean that I have to be a passive and permissive bystander in my own life.

January 2019 is filling me with a sense of foreboding because I’ve yet again committed myself to Running Every Day as well as being in panto and working. Last year was tough. I was running at 5am or 11.30pm some days and through ice and snow. I know that by the end of the month I will be glad I did it, not least because it will help my mental health as it unexpectedly did last year. It meant I started 2018 positively and in a good frame of mind, and I need that this coming year too.

Twenty Nineteen doesn’t hold any expectations for me. It has to be better than this year. I don’t want to set goals. I would just like to end the year in one piece (physically and mentally) and have some lovely memories to look back on. That’ll do me. Oh, and a sub 1 hour 10k would be nice!

And so to today. Today I’ve done my daughter’s hair in princess plaits like she used to do mine and I’ve put on some Calvin Klein Eurphoria as it reminds me of her. We are off for a walk up to the decorated tree that the others did last week as they couldn’t do it today. I know I’ll be fine. She gave me everything I’ve ever needed to live a good life. I just wish she was here to see it all. 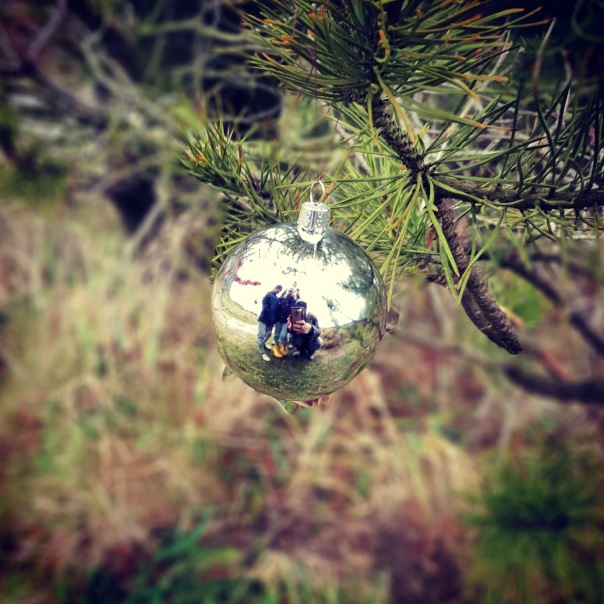 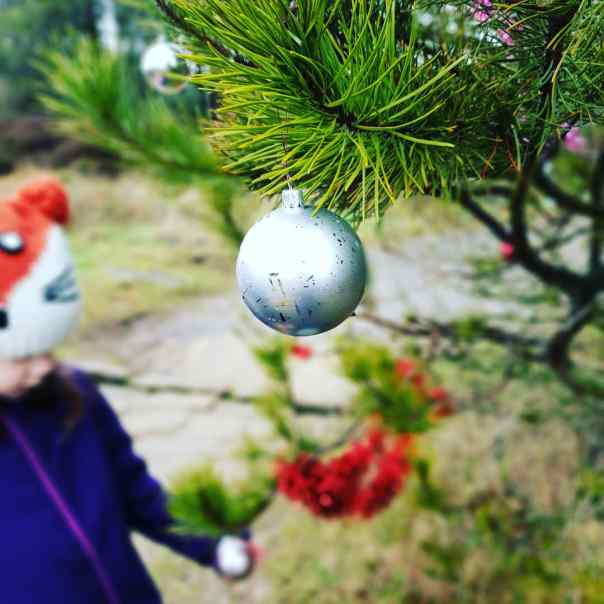